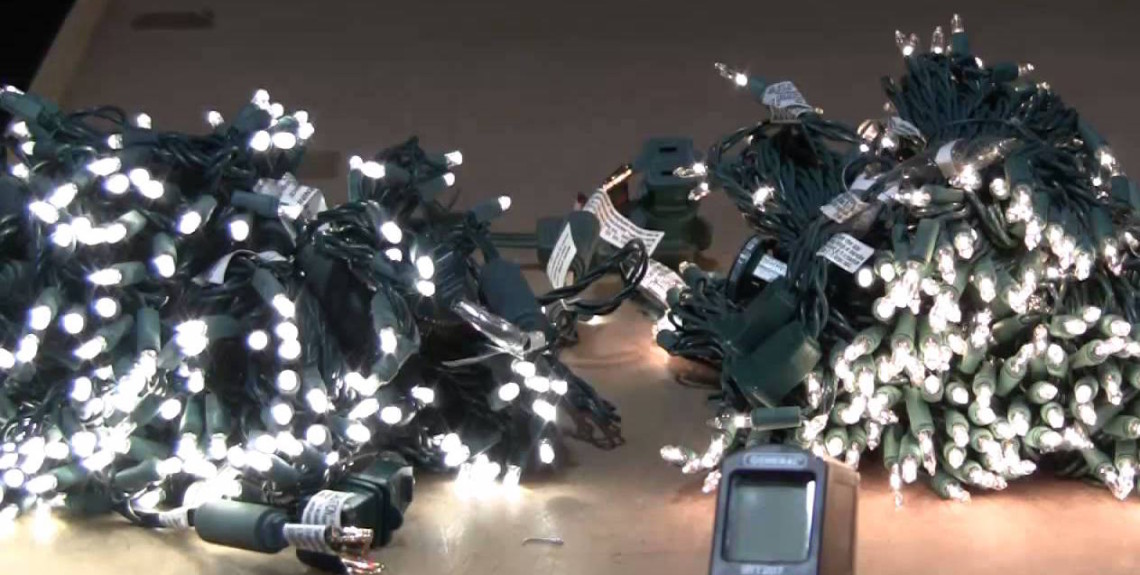 One of the biggest problems with LED lights have been the color temperature or the color they emit when illuminated. The colors vary from Cool White (resembling a neon blue) to a very Warm White (which looks very yellowish). Just recently the technology has evolved where the LED lights are virtually indistinguishable from incandescent lights.

LED Lights a bit too Yellow

Most of the LED lighting you will see around Christmas time looks like this.  An attempt to resemble incandescent lighting but inevitably looking too yellow!

LED Lights a bit too Blue

These Cool White LED lights are even worse.  They are very harsh to the eye resembling more of a Neon Blue than a Cool White.  They look ok during the day under sunlight but when it gets dark and you are further away from the lights they take on a “bluer” color temperature.

Similar to the “Goldilocks” story, the newest LED technology is “Just Right”.  Virtually indistinguishable from incandescent lights.  These LED offers all the benefits of incandescent without the heat, energy, danger and fragility. Mr. Christmas Lights exclusively uses this temperature of LED Light.

Call Now for a Free Estimate: